A woman has called out the Kaduna state government for being overtly concerned about alcohol consumption in the state while “ignoring” the issues that need their attention.

The Twitter user explained that her father died in 2017 and the government forced her mother into early retirement immediately after. She said since then, her mother has been waiting to receive the gratuity that was deducted from her salary every month all through the years of service, but nothing has been forthcoming from the government.

She added that families such as hers face the risk of malnutrition. Her mother also faces the risk of kidnapping due to the incessant abductions in Kaduna state.

Read her tweets below. 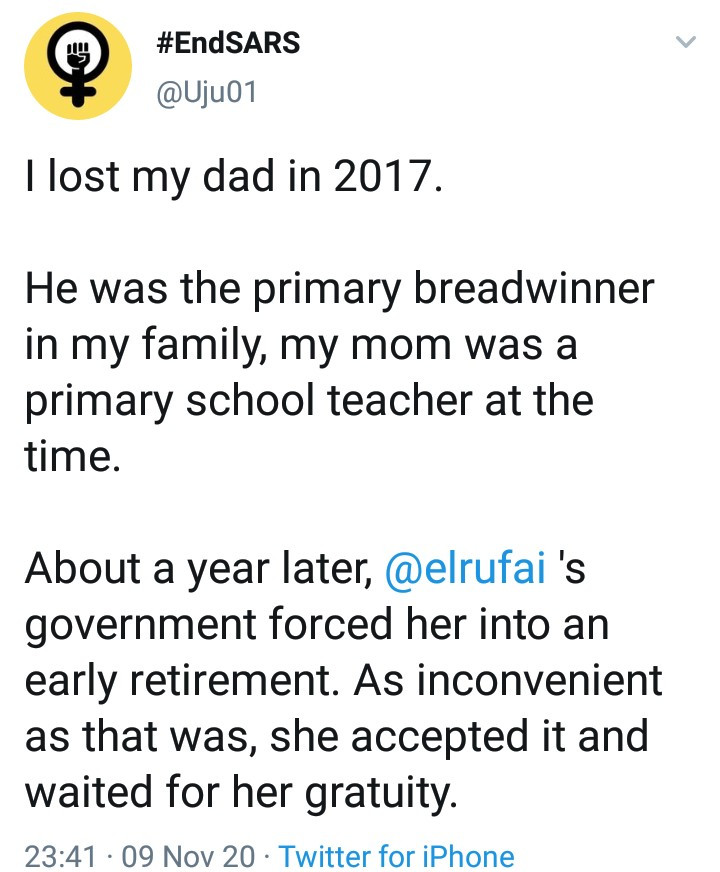