US President, Donald Trump has claimed that “surprise ballot dumps” were killing his chances of winning reelection after it emerged his rival, Joe Biden edged ahead in some key states.

After prematurely claiming victory on Tuesday night, Trump angrily accused Democrats of changing the electoral outcome over the night, leading to his sudden lagging behind in the polls against Biden.

Biden took the lead early Wednesday in states that would give him 270 electoral college votes but Trump has cast suspicion on the latest voting results because most of the battleground states are run by Democrats.

“How come every time they count Mail-In ballot dumps they are so devastating in their percentage and power of destruction?” Trump asked. 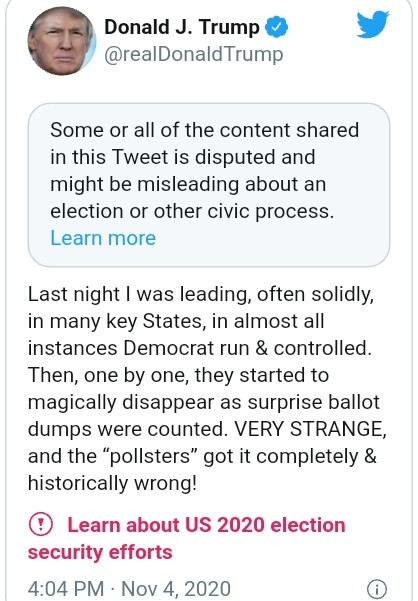