Governor Babajide Sanwo-Olu has initiated a plan to stop the payment of pension to former governors of Lagos state and their deputies.

Senior special assistant to the governor on new media, Jubril Gawat confirmed the development on Twitter and also revealed that the Lagos state Governor made this known in  a bill submitted to the state house of assembly on Tuesday November 10.

“Governor of Lagos State, Mr @jidesanwoolu has announced his intention, through executive bill, to repeal the public office holder (Payment of Pension Law 2007), which provides for payment of pension & other entitlements to former governors and their deputies.” 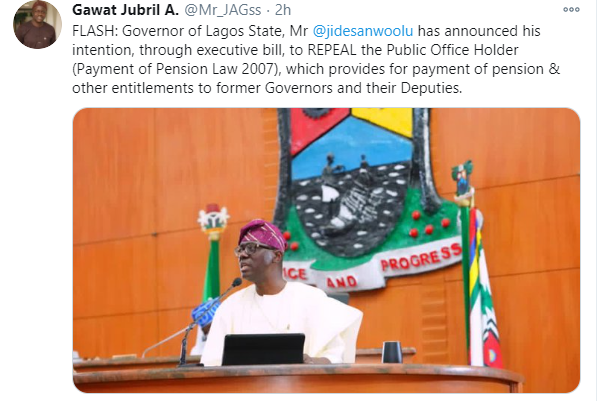