Activist, Deji Adeyanju has petitioned the Legal Practitioners Disciplinary Committee LPDC over the actions of a Nigerian lawyer, Kenechukwu Okeke, who on Tuesday November 10, filed criminal charges against him, Davido, Falz, Aisha Yesufu, Yemi Alade, Donjazzy, and others who publicly identified with the #EndSARS protest.

Kenechukwu who is based in Abuja, filed the criminal complaint against some Nigerians who publicly associated with the #EndSARS protests. He alleged that his properties were destroyed during the riots “instigated and incited” by the 50 “accused persons” and asked that promoters of the End SARS protests be brought to justice.

Today, Deji who is of the ‘Concerned Nigeria’ advocacy group, petitioned the Legal Practitioners Disciplinary Committee (LPDC) on allegations of professional misconduct against Okeke.

Adeyanju in his petition, alleged that Mr. Okeke has acted unprofessionally by filing the criminal complaint.

The activist who based his petition on Rules 1, 39(2), 47(1), 55 of the Rules of Professional Conduct, which borders on the unbecoming actions of Legal Practitioners, Advertisement, Frivolous litigation, and punishment respectively; asked the disciplinary committee to investigate the issue in question and recommend Okeke for prosecution for unethical behavior.

See copies of the petition below 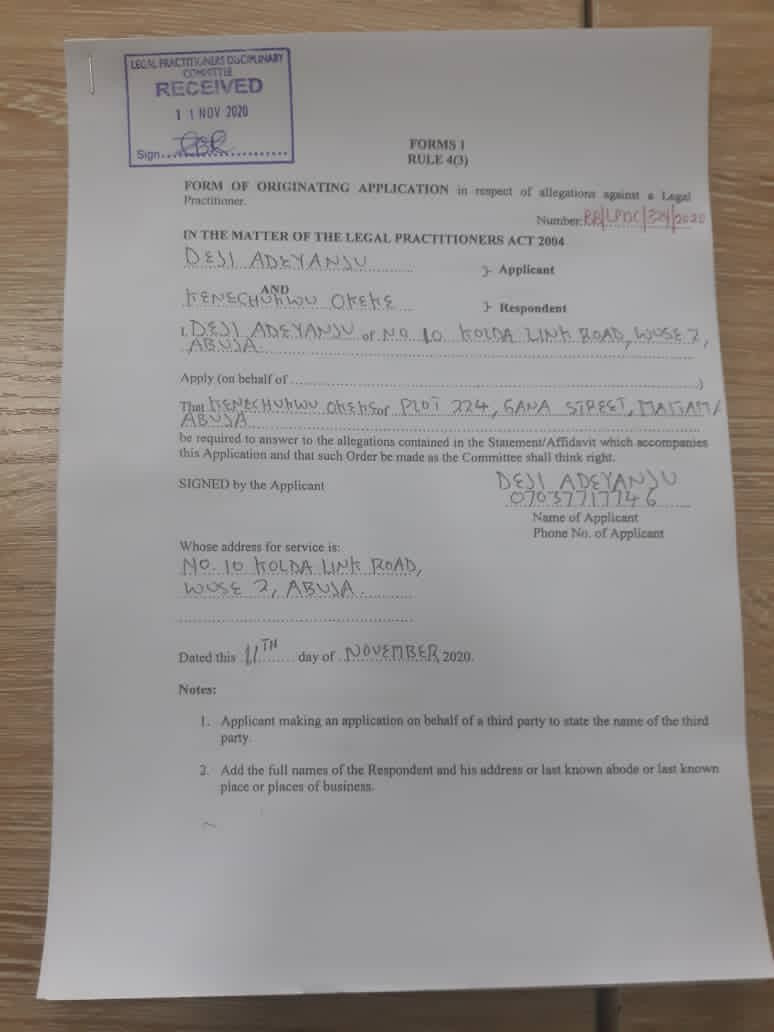 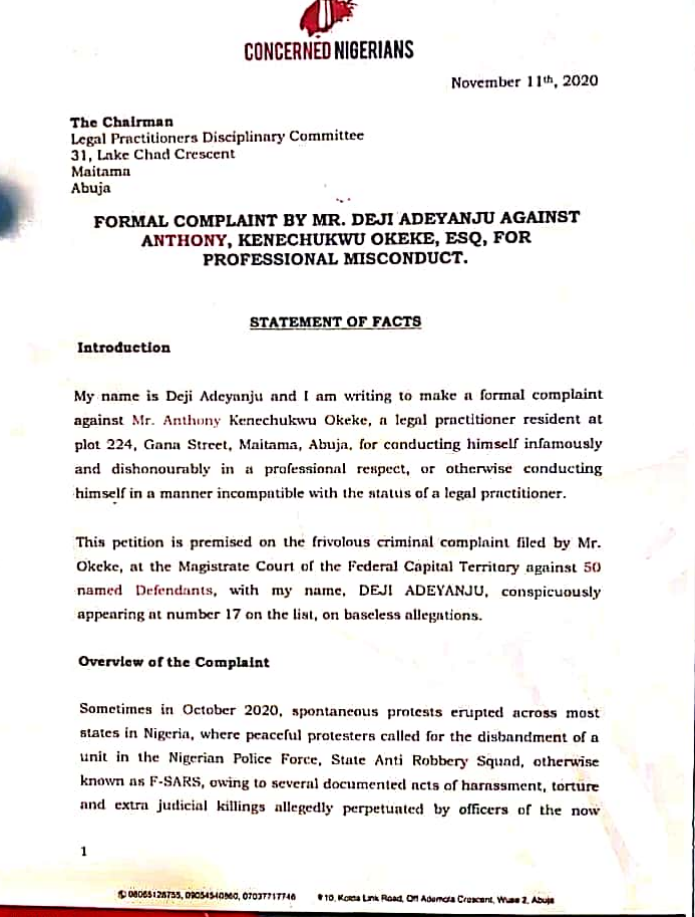 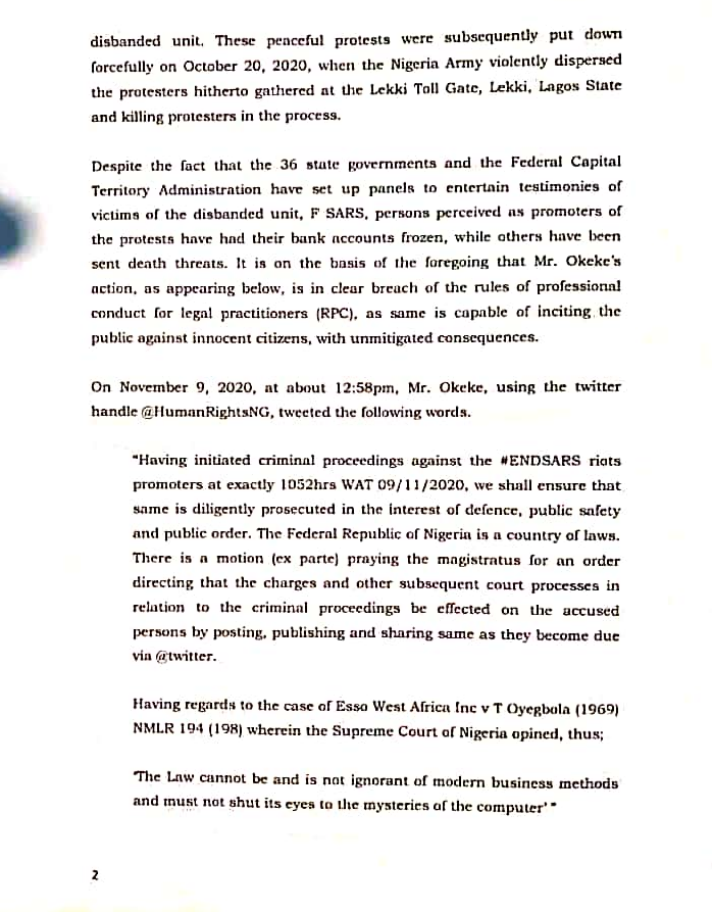 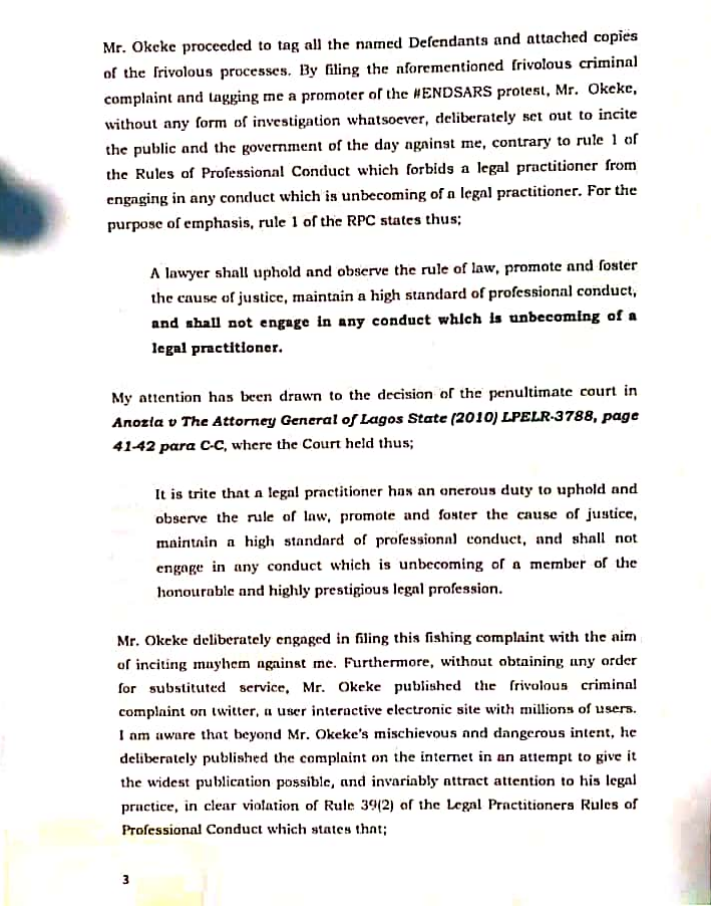 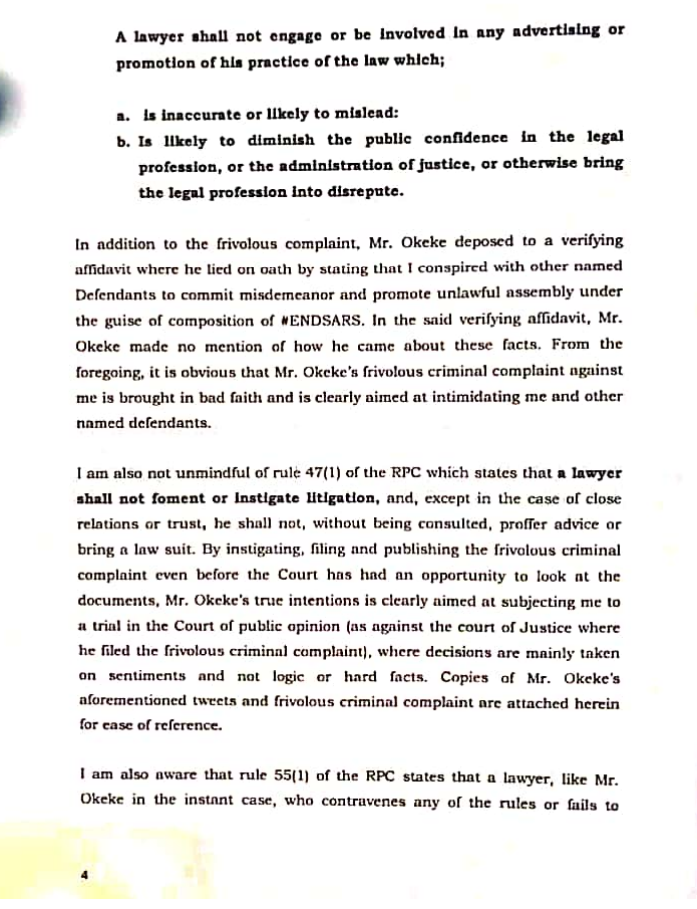 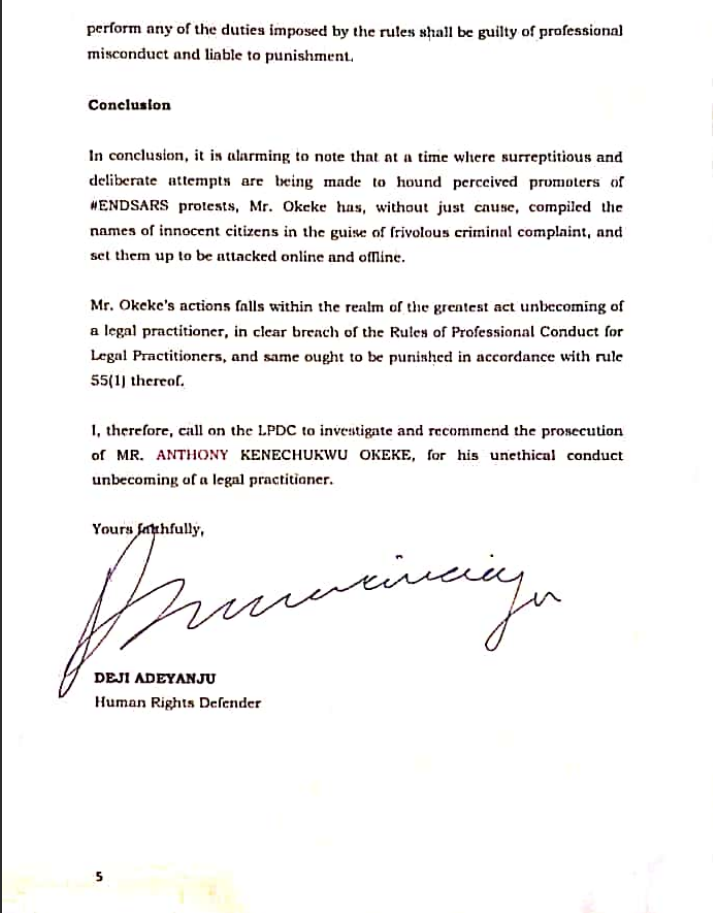